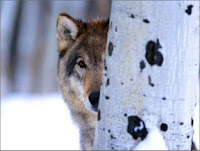 "Man should stop fighting among themselves and should start fighting insects." Luther Burbank

I am on vacation in the Midwest and had the great pleasure of having dinner with a couple of my cousins at an excellent little Mexican restaurant where the guacamole was prepared fresh at the table and the mango margaritas were served in what appeared to be soup bowls growing on large glass stalks.

My cousins are thoroughly modern women in that they are lovely and accomplished, but the unfortunate side effect of being talented and dedicated in the workplace is that one is at times cajoled and at other times railroaded into the position of supervising other people.

Though not professionally trained as storytellers, they are more than adequate in the role, and I found myself transfixed by my cousin Diane's account of being awakened at three in the morning to learn that two women had come to blows at her workplace.

As my cousin is not a producer for Jerry Springer, this was a rather surprising turn of events. She is, in fact, a nursing supervisor at a suburban hospital. Having worked in a hospital myself, I am familiar with the unique set of pressures and frustrations therein, but the thought of an actual fist-fight between colleagues in full view and hearing of patients strikes me as remarkable. I wondered out loud whether there were extenuating circumstances. Had one or both combatants perhaps been raised by wolves? Were they actually drunken seventeen-year-old boys under the influence of massive testosterone surges? Had they been recruited from a rehab facility after frontal lobe injuries?

Despite much bemused laughter and contemplation, we were still unable to come up with a reasonable explanation. Having recently been forced by aol to see so many young female celebrity mug shots, I can't help but be a bit severe upon my gender at the moment. Certainly, the last thing I would like to see is for women to be repressed by society and buttoned-down as though we were back in the 1950s, but honestly I think we can behave a bit better than instinct would sometimes have us do.

I like, though have not always been successful at living by, the old adage: All things in moderation. Writing in particular can be an all-day and well-into-the-night affair at times to the detriment of dusting, raking, or even stretching to allow blood flow to return from my toes. But I resolve to keep trying for balance, which means absolutely no fist fights in the public and no more than one soup-bowl of margaritas.
at August 28, 2007