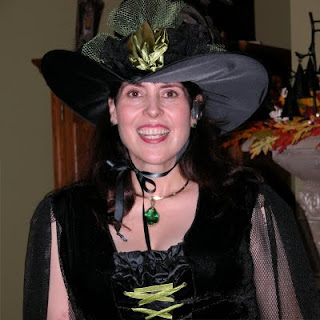 Many thanks to Karla & the club for inviting me to their October book club. Kim was the most wonderful hostess and her house is a Halloween-lover's dream.
We had dinner, chatted, and discussed BARELY BEWITCHED. I loved hearing their thoughts about the storyline of the series so far. Then I gave them a sneak-peek reading from HALFWAY HEXED, which went well even if I'm not able to get Tammy Jo's accent right. If there are ever audio books, we'll need some East Texas native to do the reading! 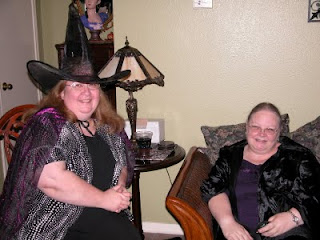 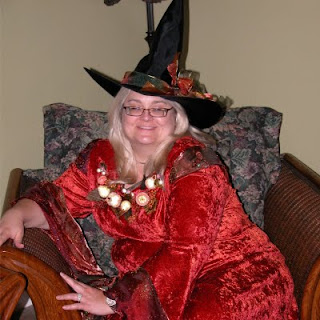 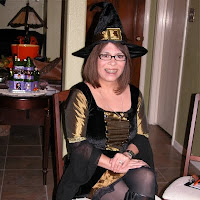 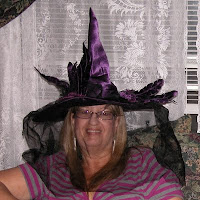 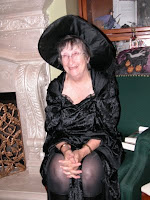 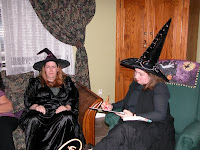 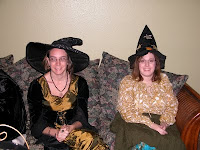 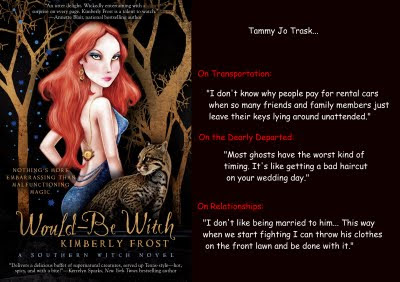 One day a few months back, I decided I needed a custom Southern Witch series coffee mug, so I designed this graphic with Tammy Jo quotes. Only when the mug came the script was too small to read. :( 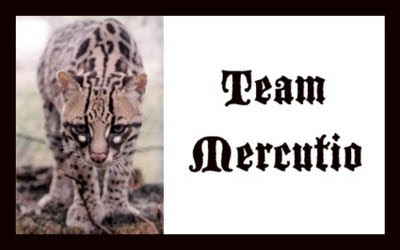 So then I moved on to creating a Team Mercutio graphic. That turned out much better, except that the mug that arrived was chipped. Arg! Luckily Cafe Press replaced it for free. Hurray. I will definitely buy more stuff from them.
Anyway, I'm going to post some pictures of the mugs when I remember to charge my camera battery.
Meanwhile, it's been an awesome week for connecting with readers. A man e-mailed that he wanted autographed copies of my books for his friend who loves them and is a writer. So yesterday I dropped by Murder By the Book to personalize the inscriptions and to slip a note inside. I hope Victoria likes it! Then I got several emails including one from a fourteen-year-old fan and one from an international fan in Turkey. It's so cool to have such a diverse readership.
Then I got home and there was an envelope from Penguin (my publisher.) It was too thin to be contracts or books. I opened it to find a snail mail card from a reader that had been sent to me care of the publisher. So awesome.
I am feeling very authorly this week. Thanks, guys!
at October 24, 2009 6 comments: 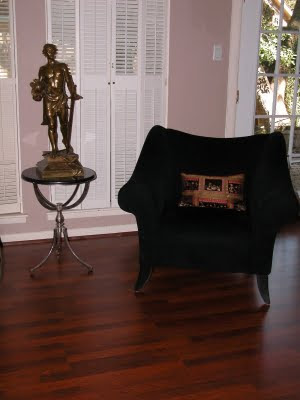 A beautiful new spot to brainstorm and write? Lately my routine's been disrupted because I've had workmen at my house putting in new French doors and a new floor. I have to say, I'm happy with the result. And maybe my own living room and back patio will become my home away from Starbucks. ;)

Also, it's probably time to have some writers over for brunch, etc.
I haven't entertained in too long!

Barely Bewitched is a National Bestseller.
Thanks you, Readers! You made it happen.
xoxo,
Kimber
at October 13, 2009 11 comments:

Spirits of the Dead 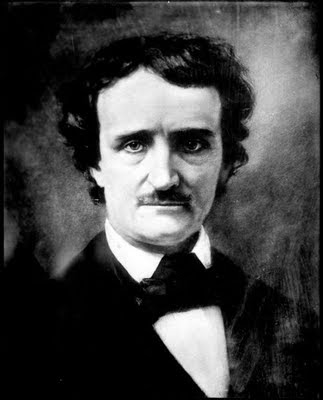 Edgar Allan Poe is credited with inventing detective stories and creating horror writing. When he died at the age of 40, his next of kin did not announce his death and virtually no one attended his funeral. His tombstone was destroyed and his obituary was apparently written by an enemy who succeeded in damaging Poe's reputation.
But truth and talent will out...eventually. One of the devoted has for decades left three roses and cognac on his grave. And tonight there will be an all-night vigil, followed by a new funeral. With his other admirers, I pay my respects with the reading of one my favorites...
Spirits of the Dead
by Edgar Allan Poe
Thy soul shall find itself alone
'Mid dark thoughts of the gray tombstone --
Not one, of all the crowd, to pry
Into thine hour of secrecy.
Be silent in that solitude,
Which is not loneliness--for then
The spirits of the dead who stood
In life before thee are again
In death around thee--and their will
Shall overshadow thee: be still
The night, tho' clear, shall frown--
And the stars shall look not down
From their high thrones in the heaven,
With light like Hope to mortals given--
But their red orbs, without beam,
To thy weariness shall seem
As a burning and a fever
Which would cling to thee for ever.
Now are thoughts thou shalt not banish,
Now are visions ne'er to vanish;
From thy spirit shall they pass
No more--like dew-drop from the grass.
The breeze--the breath of God--is still--
And the mist upon the hill,
Shadowy--shadowy--yet unbroken,
Is a symbol and a token--
How it hangs upon the trees,
A mystery of mysteries!
at October 10, 2009 5 comments: