Sometimes it's difficult to see the sun... 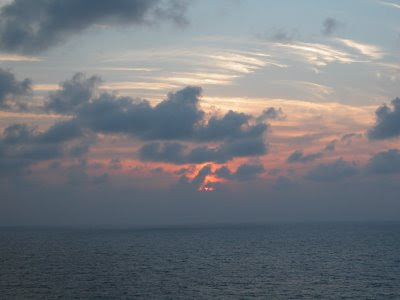 "If you're going through hell, keep going!" Winston Churchill
A friend's husband is laid off and money is tight for their family, so I know that, though she doesn't say so, she must be stressed. Another friend of mine who desperately wants to be a published writer got a rejection letter from an agent that she had believed was going to take her on as a client, and the frustration reduced her to tears.

When people are going through difficult times, I really wish life was a book where an author, namely me, could hand out happy endings in the span of 304 pages. I wish their troubles were dragons that I could slay. But, of course, reality is a different beast.

So here are some things to think about...

JK Rowling had lost her mother and was a broke single mother herself when she wrote a story about an orphan named Harry Potter.

Walt Disney was fired from a job for lack of imagination.

Honda, as a small unknown inventor, started small repair shops. Both times they were bombed to dust by Allied Forces. He pawned his wife's jewelry to start a business that would later be destroyed. He collected scrap materials to get enough money to build a new factory. The building was decimated by an earthquake.

Lucille Ball was kicked out of drama school and told she was wasting her time.

During his life, Abraham Lincoln went bankrupt, couldn't get into law school, lost his fiancee, and had a nervous breakdown that kept him in bed for six months. He was also defeated in eight elections before he became president.

So when times are rough, remember there's always hope for a better tomorrow...
at February 05, 2009